Scutching has to be adapted to each new crop

Each crop is different and scutching has to be adapted to clean the fiber and get homogeneous lots.

Managing scutching needs experience and know-how,  which has been acquired through observation from year to year.

Usually, each vintage is scutched within one year to 14 months.

At the end of the summer, when farmers bring samples to the scutching mill to check if retting is at its optimum, the scutching managers get an accurate picture of the crop: is the retting homogeneous and optimal ? Are there some defects in the fiber ?…

“The 2018 crop is well retted, there are no major difficulties to scutch this crop. We must however make sure not to strike the fiber too much, so as not to deteriorate it. Says Pascal Dambry, Saint Pierre Le Viger plant Manager

“ Then, when we really start scutching the crop , usually in December or January, we adapt the speed lot by lot: the layer thickness and its regularity are key points to get a clean fiber at the end of the scutching process .

We also need to avoid or reduce as much as possible some defects in the fiber: remaining seeds holder for instance are a nightmare for our customers: they bring dots during hackling and later on can cause irregularities in the yarn.” , indicates Michel Bailleul, the manager of the Vittefleur production site. 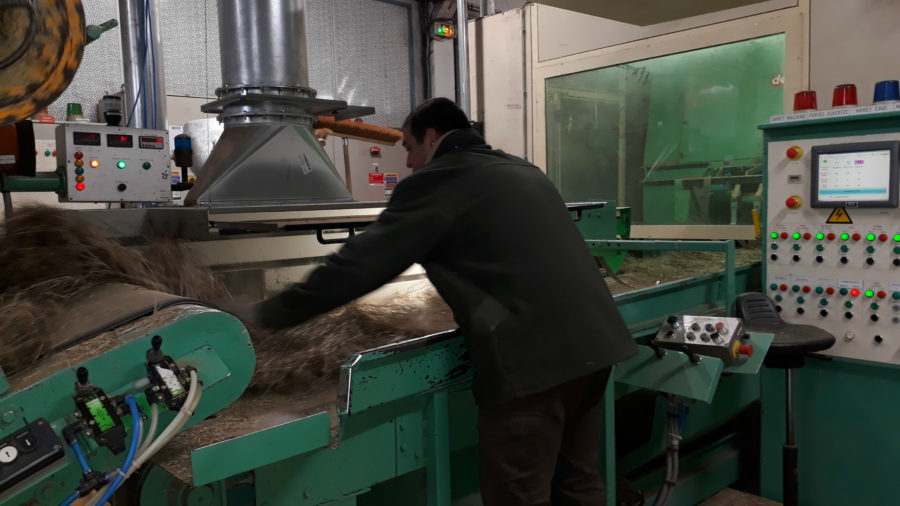 Checking the layer thickness and its regularity in Crosville scutching mill.

What is more, some crops need to pay more attention on sorting, to get as much homogeneity as possible in the lots. In this respect, scutching team leaders can ask operators if necessary to be more selective during sorting.
Another important thing is to adapt the classification of the fibers at the end of the process: long fibers will go through the COMLIN classification process. As for short fibers, the scutching managers will review the classification.

“Depending on the year, we will add a new class type if some fibers are really above or below the usual types, says Pascal Bailleul, scutching manager of the Saint-Pierre-le-Viger scutching unit.

“In 40 years, I have only seen two crops quite similar to one another (1985-2016): of course, the know-how of the farmer is essential, as it allows to get the best of the nature, but the fiber quality is still very dependent on climate conditions .” adds Michel Lefebvre, Crosville scutching mill manager 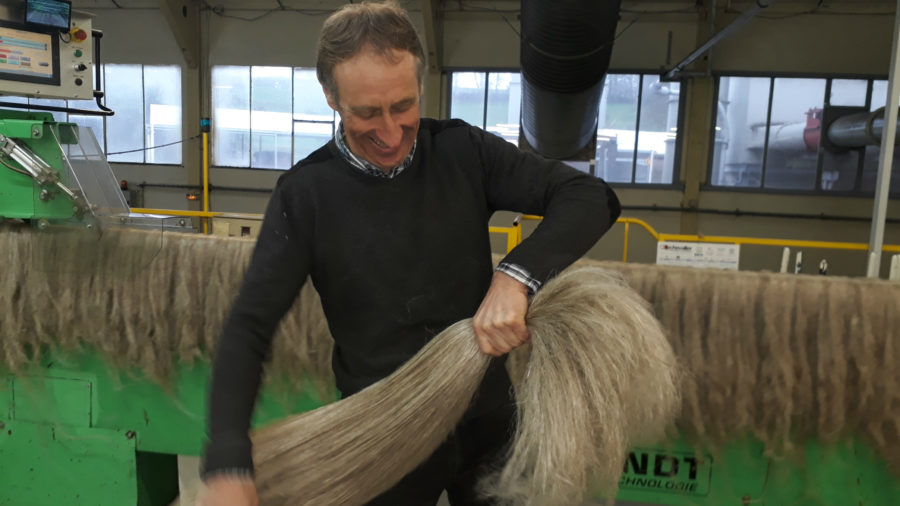 Scutching mill managers make the link between the field and scutching. They are also in contact with the technical agents supporting the farmers in their culture and with the fiber specialists . They assess if the fiber will be easy to scutch or not, how scutching parameters have to be adapted accordingly (speed, layer positioning, pressure of the grinders…) so as to get the best of the crop and of each lot.

Beside the know-how in the field, the final quality very much depends on this addition of different expertises from the field to scutching skilled operators and then to sorting and classifying.

Pascal Dambry concludes: “As industrials, we have some methods and rigourous process to ensure a continuous and regular quality and control.

Besides, a good deal of know-how and passion is necessary to feel the fiber and get its quintescence. ”

PreviousAnticipating and adapting flax culture to the soils: a continuous challenge for the farmer 30/11/18
NextSwitching to the new crop in hackling 25/01/19